British fashion house Stella McCartney is tapping into a relic of retail culture with a cheeky holiday presentation.

The designer herself stars in a new digital campaign for the holiday “classic.” Shot at the brand’s Bond Street retail location, “Stella’s Festive Gift Guide” cleverly parodies the television shopping channels and commercials of yesteryear, promoting everything from ready-to-wear options to her joint skincare line with LVMH for the effort.

“Luxury brands tend to have a wider range of conceptual “flexing” around the holidays with their marketing,” said Daymon Bruck, chief creative officer at The O Group, New York.

“All brands are pressed to get clever and creative in order to break through the marketing avalanche around this time of year, luxury brands are no exception,” Mr. Bruck said. “Stella McCartney’s fun digital campaign is a great example of how to break out of expected marketing formats and try something new and attention-getting.”

Mr. Bruck is not affiliated with Stella McCartney, but agreed to comment as an industry expert.

“Stell-f on the Shelf”
Proving its status as a luxury brand with a sense of humor, Stella McCartney cheekily highlights its extensive product assortment, many of which the designer slyly argues make great gifts.

This year, the brand’s creatives manage to tap into the commerce zeitgeist: holiday content is largely modeled after the 90s sales stations and commercials that dominated the decade.

“Move over, Oprah,” Ms. McCartney declares toward the beginning of a primary campaign video, which starts out with a bang, taking on a tone of high-level wit for entertainment’s sake.

“This campaign leans heavily into 90s nostalgia — a hot topic and of much interest for a younger audience — Millennials and Gen Z — of luxury consumers,” The O Group’s Mr. Bruck said.

As part of the holiday effort, stand-alone clips specific to each product are further boosted via individual posts across the brand’s Instagram.

“Whereas an older audience might possibly see this creative as tacky and how it might cheapen the Stella McCartney brand, a younger audience — the campaign’s core target audience, more than likely — could see this direction as nothing but a fun and playful exploration into the past,” Mr. Bruck said.

“This younger audience is also very much in sync with Stella McCartney’s brand mission to create only sustainable fashion and use responsible sourcing to produce vegan and cruelty-free replacements to traditional luxury materials.”

One could argue that Stella McCartney’s hilarious holiday take is actually acutely meta, considering the fact that livestreaming is experiencing a resurgence of sorts.

Fueled in part by the luxury sector, fashion and beauty brands alike have made the technology a central portion of many a campaign strategy as of late.

The remote shopping method is spreading rapidly within the West. According to Coresight Research, the U.S. livestream shopping market in particular is expected to reach $11 billion by the end of 2021 and $25 billion by 2023.

The L’Oreal-owned entity tapped global ambassador and actress Lily Collins for a real-time session centered on the limited-edition collection, complemented by a packaging redesign and inclusion of the collectible figurines.

Intelligently inclusive of ready-to-wear options and products from her skincare venture with LVMH, a few free-standing picks such as a vintage vinyl record are even floated, presumably thrown into the mix for authenticity’s sake.

“The cross-promotional approach to this campaign works here because it is the holidays and consumers are looking for a wide range of gifts across all price points,” Mr. Bruck said.

“It also works because the ‘live’ concept of television shopping networks presented a wide range or products often with ridiculous speed and intensity.”

All in all, though this particular method of broadcasting has since evolved to fit more modern live audiovisual platforms like Twitter Spaces or Instagram Live, Stella McCartney’s reference to the style’s predecessor is much appreciated.

“I’m very certain this sort of sales format will not come back into fashion but for this one-off campaign concept, it works beautifully.” 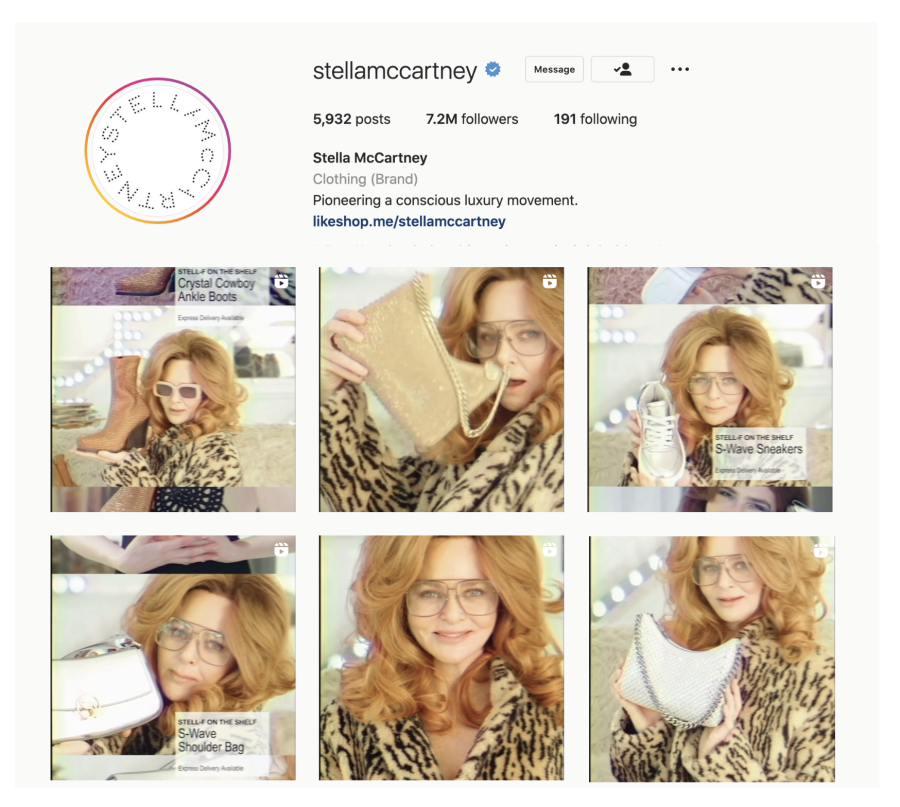 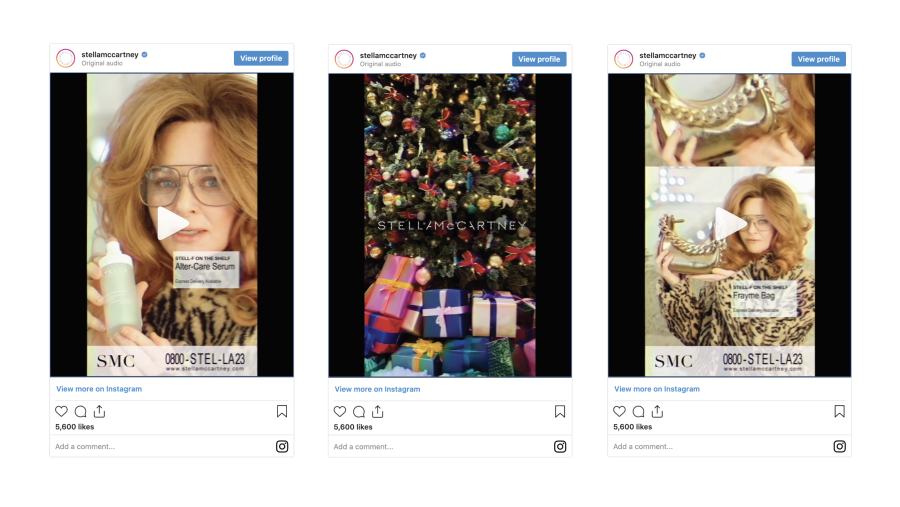 As a New York City luxury marketing agency, The O Group has been building legendary brands for the past 35 years across the entire luxury sector including hospitality, home products and materials, fashion, luxury jewelry, fine spirits, food and wine. From our proprietary brand positioning and strategy to crafting essential creative assets needed for brand marketing and digital content, we collaborate with our clients on every part of their brand creation and experience. Our proven process has built a reputation for developing luxury branding that is disruptive, highly desirable and uniquely differentiated.