French fashion house Louis Vuitton is sharing a more personal look at one of its newest ambassadors in a cinematic portrait.

The new film, “Hoyeon: A Sense of Wonder,” follows the Korean actor and model as she works with Louis Vuitton at Paris Fashion Week. With an extended run time, the campaign relies on archival footage, on-camera interviews and behind-the-scenes moments so audiences can emotionally connect with the global ambassador.

“Stunning looks alone do not make the cut for brand ambassadors these days, especially for an iconic brand like Louis Vuitton,” said Daymon Bruck, chief creative officer at The O Group, New York.

“The ideal ambassador has a depth of character, experience and a personality that can align with the brand’s values,” he said. “Hoyeon seems very able to deliver that for LV and much more.”

Mr. Bruck is not affiliated with Louis Vuitton, but agreed to comment as an industry expert.

Full Circle
The new film is narrated by Hoyeon, also known as HoYeon Jung, and begins with the actor arriving in Paris.

While at a photoshoot, she explains how she used to work with Louis Vuitton as a model. Now an internationally-recognized star, she is an ambassador for the house – a reality that Hoyeon describes as a “fairytale.”

Next, she visits 22 Avenue Montaigne, the site of a Louis Vuitton boutique as well as the LVMH corporate headquarters. Hoyeon also meets with semifinalists of the LVMH Prize for Young Fashion Designers, even bonding with one designer who also speaks Korean.

In a voiceover, Hoyeon says that she was always aware of the Louis Vuitton name, even if she did not grow up around luxury goods. In a show of gratitude, she purchased a Louis Vuitton piece for her mother.

While the film shows Hoyeon’s new lifestyle at photoshoots and glamorous hotels, it is juxtaposed with her recollections of her earlier years. The 27-year-old effortlessly goes back and forth between Korean and English, although the short does not offer translations for either language.

Hoyeon reminisces about her previous shows with Louis Vuitton, as archival footage shows her on the runway in her fiery red hair – a signature look from her early career. She expresses her nerves about opening the autumn/winter 2022 show, her sixth fashion show with the brand and her first in years.

Next, she arrives at Musée d’Orsay, the site of Louis Vuitton’s fall show. She greets other models and rehearses her runway walk, as she elaborates on her earlier modeling experiences with Louis Vuitton.

In one intimate scene, Hoyeon watches her earlier runway footage and shares her disbelief at her career evolution. She recently received her first Screen Actors Guild Awards nomination and win for her lead role in “Squid Game.”

Hoyeon began her career in modeling in the early 2010s, even appearing on “Korea’s Next Top Model.” Her breakout role in Netflix’s K-drama “Squid Game” came in fall 2021, and the series quickly became a global hit for the streaming platform.

By October 2021, Louis Vuitton had signed Hoyeon as a global ambassador, continuing their relationship (see story).

In a backstage interview after the show, Hoyeon excitedly thanks Nicolas Ghesquière, creative director of women’s collections at Louis Vuitton, for the opportunity and shares her relief and joy for the special moment.

The film ends with another full-circle moment, as Hoyeon departs the city in a car after Paris Fashion Week.

“This longer format campaign is an excellent platform to get to know a brand personality in depth,” Mr. Bruck said. “At around 8 minutes, this video gives Louis Vuitton the opportunity to share with an audience why this person was selected to represent the brand.”

New Crop of Ambassadors
Recently, Louis Vuitton has worked to diversify its roster of ambassadors, looking to appeal to younger consumers in key markets.

By reconnecting with Hoyeon, Louis Vuitton is continuing this global strategy.

“Hoyeon is a great fit for an LV ambassador for so many reasons,” Mr. Bruck said. “Besides her identity as an internationally recognized talent and her 23.5 million followers on Instagram, she presents as extremely authentic, elegant and personable.

“Louis Vuitton has made a smart choice in such a young, talented powerhouse like Hoyeon, who is now well known globally but especially in Asia, a critical market for every heritage luxury brand today.” 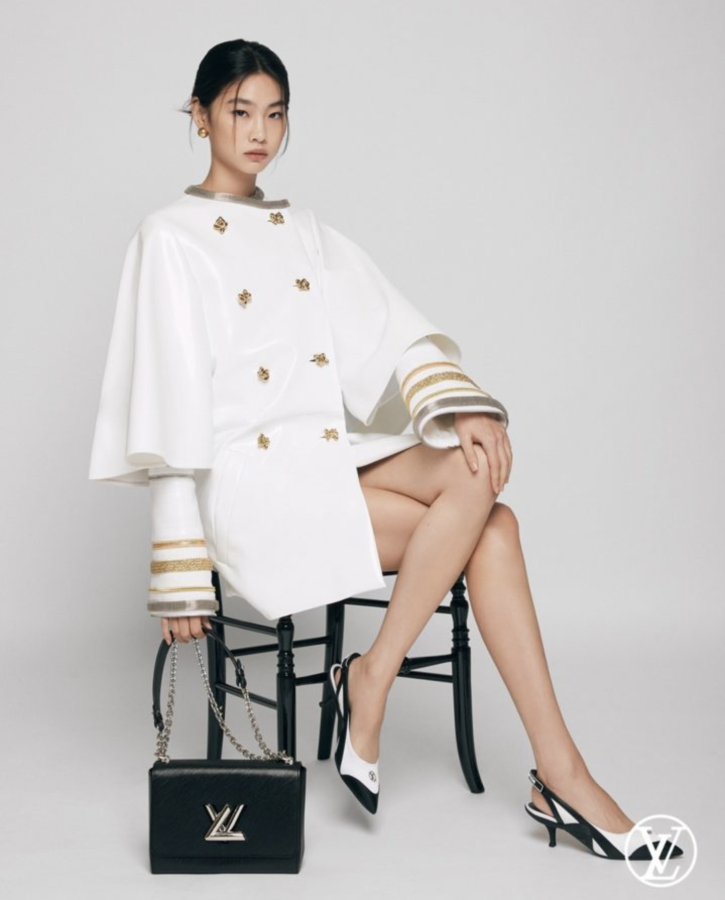 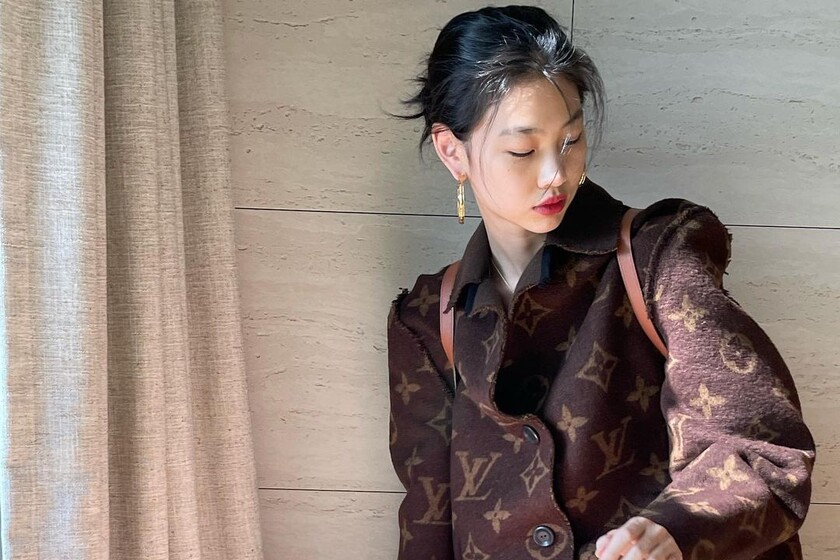